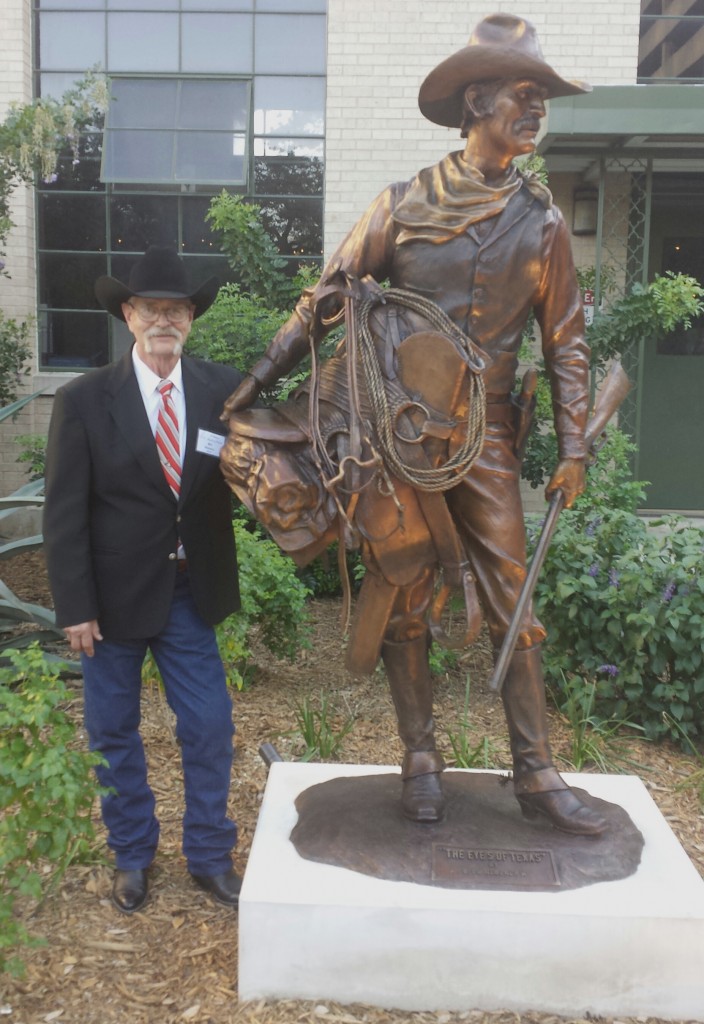 This 7 ft. bronze sculpture monument, “The Eyes of Texas”, stands in the outdoor garden of the Briscoe Western Art Museum in San Antonio, TX on the famous Riverwalk..  See it at: www.briscoemuseum.org 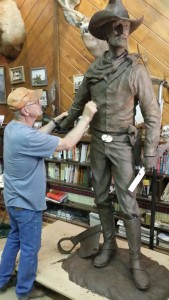 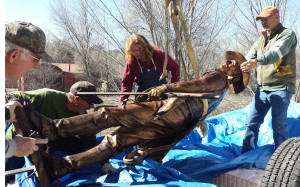 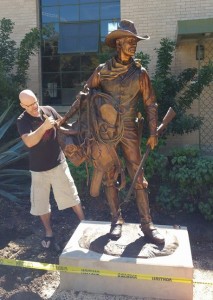