Bill gets the opportunity to work on ranches around the country during the annual Cowboy Artists of America trail-ride, and on outfits owned by his friends in Arizona.  On some of the larger outfits there is the owner, foreman, a “wagon boss” and under him is the “Jigger Boss”.  The Jigger Boss sends out a crew of cowboys for each day’s work while they are “out on the wagon”. The term originated in the days of building rail tracks, digging canals and hard rock mining when the youngest member of the crew, probably just a boy, was given the responsibility to carry and distribute each worker daily allotment of whiskey corresponding to the type of job the worker did.  The jigger boss was exacting at his job, or he would pay a high price with his hide. 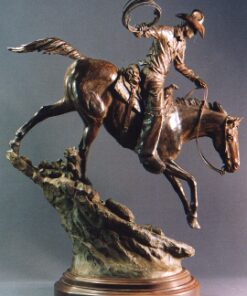 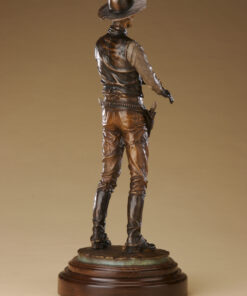 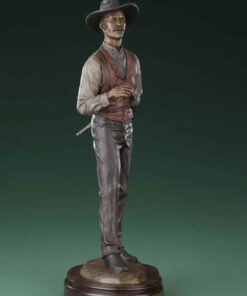 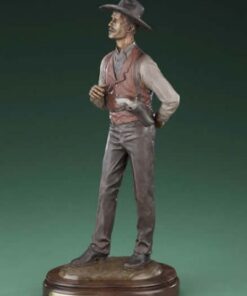 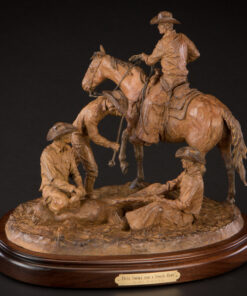 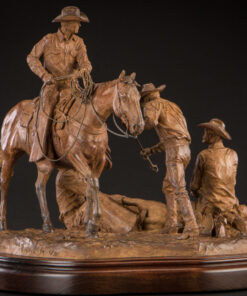 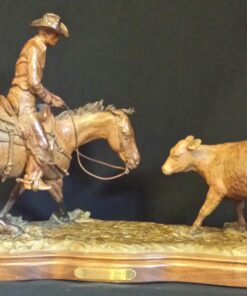 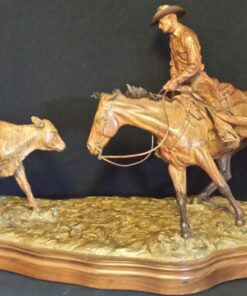 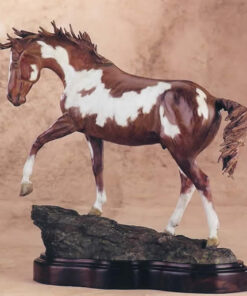 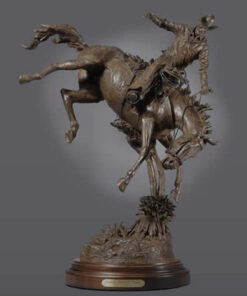 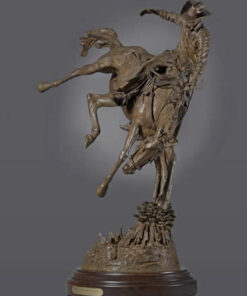 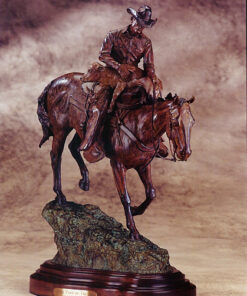 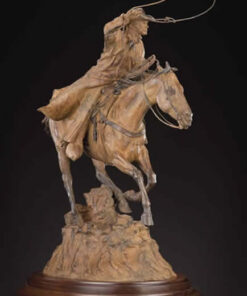 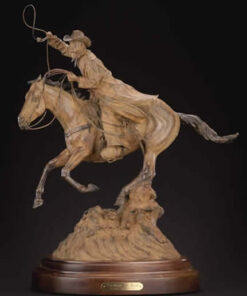 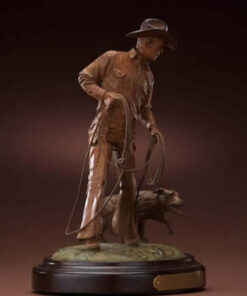 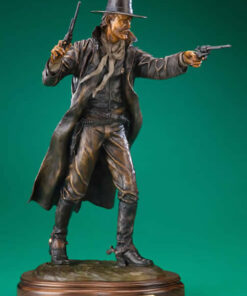 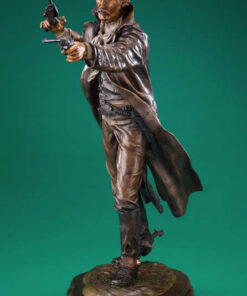 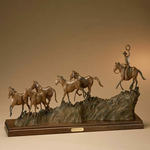